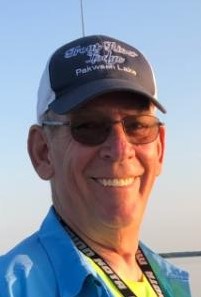 Dennis (Denny, Dad, Umpa, Dr. Denny) Conrad Crotty was born on April 8, 1948 in El Paso Tx. to Dennis (Dice) and Hazel Crotty.  While he was born in Texas, he spent the majority of his life in Pembina ND where he graduated from High School in 1966.    After high school Denny attended North Dakota State School of Science in Wahpeton ND, where he graduated with a AS degree in 1969.   While in college he met the love of his life Beata Harrison who he married in 1967.    Before leaving Wahpeton, Denny became a proud father to his first son Wade.

Once he graduated from college Denny was hired by Great Plains Lumber which took him to Garrison ND.  While in Garrison, Denny became a proud father to his second son Brett (Pep).  While a new job and family was a lot of work, and fun a couple moves with the Great Plains Lumber, he then moved back to Pembina. He then worked at Woods Custom Broker/UPS Supply Chain Solutions. After 30 years in the Customs Broker business he retired in 2015.  He also enjoyed working on Warner Farms part time for many years.

Denny was busy with many hobbies through the years.  Some of the things that he loved the most were fishing and hunting with his sons and eventually his granddaughters.  While in the outdoors, Denny found pleasure in teaching what was right and wrong. Denny always treasured seeing the success of all of his kids enjoying the passions that he had passed down to them.

While he was passionate about fishing, he also loved serving the community on the ambulance service.  He served for a total of 25 years, starting before he moved back to Pembina.  While he was passionate about the ambulance service, he loved spending additional volunteer hours on the side lines of the football field and the bench of the basketball team helping the team as a trainer.  While he did this as way to spend more time with his boy’s he treated every one as they were his own and was soon given a nickname of Dr Denny by the kids that he was helping.

Denny is survived by the love of his life Beata, his pride and joy sons Wade Crotty and Brett (Hannah) Crotty.  His loving siblings Cody Jensen (special friend Dave Voiss), Dean (Wendy) Crotty and Curt (Diane) Crotty.  Grand daughters who were the only ones that could make him smile bigger that his boys Dannielle (special friend Josh), Tyanne, and Victoria. Denny’s nieces and nephews also hold a special place in his heart but are too many to mention.

Denny was preceded in death by his parents Dennis (Dice) and Hazel Crotty; father and mother-in-law, Henry and Elizabeth Harrison. Many other beloved brothers-in-law, sisters-in-law, nieces and nephews.

Dennis C. Crotty, 72, of Pembina, ND passed away Saturday, May 2, 2020 at his home. A private family Mass of Christian Burial will be held Thursday, May 7, 2020 at the Assumption Catholic Church, Pembina, ND. A public visitation will be held Wednesday, May 6th from 5:00 p.m. to 7:00 p.m. at the church. All attendants of the public visitation are required to wear a mask, follow the social distancing guidelines, and also there will be monitoring of the number of people gathered. Graveside service will be held at 11:30 a.m. Thursday at the Pembina Cemetery,, mask and social distancing is required at this time also. In lieu of flowers memorials are preferred to the Pembina Ambulance Service, Pembina Fire Department, or the American Cancer Society.

Funeral mass will be streamed at the Askew Funeral Home, Facebook site starting Thursday, May 7th at 10:30 a.m.

To order memorial trees or send flowers to the family in memory of Dennis C. Crotty, please visit our flower store.