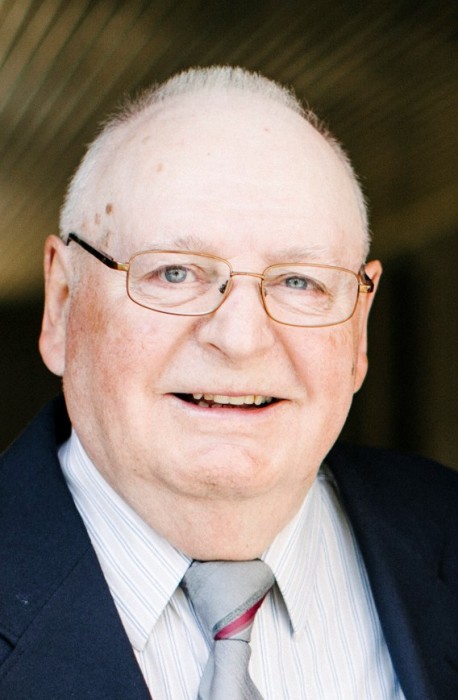 Dennes L. Papenfuss, 88, of Cavalier, ND passed away Monday, December 30, 2019 at Altru Hospital, Grand Forks, ND. A memorial service will be held Friday, January 3, 2020 at 11:00 a.m. at the United Lutheran Church, Cavalier, ND. Visitation will be held on Thursday, January 2nd from 5:00 p.m. to 7:00 p.m. with a 7:00 p.m. prayer service at the church. In lieu of flowers memorials are preferred to the Cavalier Ambulance Service, Cavalier Fire Department, or the United Lutheran Church.

Dennes Lee Papenfuss was born July 25, 1931 at Glasston, ND to Erwin and Cecelia (Sellheim) Papenfuss. He grew up in the Hamilton, ND area and graduated from Hamilton High School in 1950.

Dennes then served in the U.S. Navy as a Fireman First Class during the Korean Conflict until his discharge in 1954. In 1956, Dennes married Doris Finnson in Mountain, ND. After their marriage, they moved to Fargo, ND where he attended Moler Barber College. He barbered in Cavalier for 49 years.

He was a member of the United Lutheran Church for over 60 years, serving on the church council. He also was a member of the Cavalier American Legion for more than 60 years. Things he enjoyed were deer hunting with his sons, he also loved sports especially Twins baseball, Duke basketball, and Eagles football. He also enjoyed going to auctions and raising cattle on his hobby farm.

To order memorial trees or send flowers to the family in memory of Dennes L. Papenfuss, please visit our flower store.