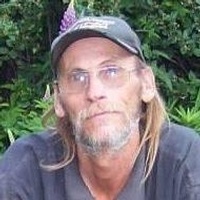 Dean Michael Feil was born January 8, 1960, in Langdon, ND, to Dareld and Frances (Westphal) Feil. He grew up and attended school in Hannah. After working on the Feil farm for a few years, he started working in construction, which he did most of his life. He worked for ABC Seamless and Plummer Construction. He also spent many hours collecting and recycling cans and taking them to Grafton. Dean enjoyed playing pool and was very proud of his pickups and vehicles.

A funeral service will be held at 2:30 p.m. on Friday, April 19, 2019, at Brooks Funeral Home in Langdon, ND, with visitation starting at 1:30 p.m. Burial will be in the spring at Calvary Cemetery.

Visitation at the funeral home for one hour before the time of services.

Visitation at the funeral home for one hour before the time of services.

To order memorial trees or send flowers to the family in memory of Dean M. Feil, please visit our flower store.