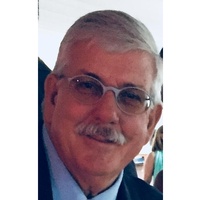 On May 26th, Dean Clairmont, of San Diego, California, unexpectedly passed away from a massive heart attack while enjoying his beloved morning walk near the ocean.

Dean was born in Cavalier, North Dakota on October 6th, 1954. He was the oldest of five children born to Donna and Jack Clairmont. Dean spent his early years in Walhalla, North Dakota and Long Beach, California. As a young boy, Dean had the longest newspaper route in the City of Long Beach delivering his newspapers by bicycle. The relationships he established and experiences he had with that job instilled in him a deep love and respect for people and he carried that with him throughout life. He was honored with Ã¢â‚¬Å›Boy of the YearÃ¢â‚¬Å¥ award by the Long Beach Press Telegram with Ã¢â‚¬Å›never a complaint and never a broken screen!Ã¢â‚¬Å¥

In high school, he developed a love of the outdoors and sports. With his competitive nature he excelled in baseball and football. Dean graduated from St. MaryÃ¢â‚¬â„¢s Central High School in Bismarck, North Dakota in 1972. He went on to the University of North Dakota where he studied Business. He continued his lifeÃ¢â‚¬â„¢s journey with a rewarding and successful career connecting people in the employment services industry. He developed many deep friendships through his work and leaves behind so many personal friendships and family relationships all around the country. Dean had a passion for people that radiated miles away and his kindness to others was the bedrock of his being. It was not unusual for Dean to attend a gathering with an apple pie in hand.

In 1998, Dean married Paula King. They had a deep love for each other and their shared faith was a heartfelt bond. They enjoyed many hobbies including picnics, boating and sailing, to watching the San Diego Padres. Dean also had other hobbies over his lifetime including a love of fast sports cars and flying airplanes.

Dean will be laid to rest next to his father, Jack Clairmont, in St. Boniface Catholic Cemetery in Walhalla.

To order memorial trees or send flowers to the family in memory of Dean Clairmont, please visit our flower store.