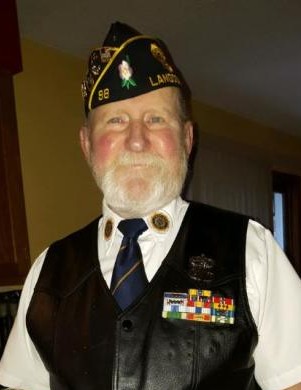 David Gray, 71, of Fargo, ND, and formerly of Langdon and Walhalla, ND, passed away August 22, 2019, at Bethany Retirement Home in Fargo.

David Wayne Gray was born October 25, 1947, in Perth Amboy, New Jersey, to Evelyn (Ziegler) and Vincent M. Gray. He graduated from Woodbridge, New Jersey, High School and upon graduation, enlisted in the US Air Force serving his country for over 20 years. He retired in 1986 at the rank of TSGT. After retiring from the Air Force, he attended NDSU-Bottineau and received a degree in garden care management and floral design. David spent his time doing landscaping, gardening, lawn care, and snow removal. He was also custodian of the cemetery in Langdon, ND, for many years. David lived in Langdon and Walhalla until he entered Bethany Retirement Home in Fargo.

On July 29, 1983, he married the love of his life, Lori Fischer, of Langdon. In addition to his wife, David is survived by his two daughters, Sarah and Jessica; sister Margaret (Wayne) Nodes of Forked River, NJ; brother Tom (Lori) Gray of Port Ritchie, FL; and four grandchildren plus many nieces and nephews.

In lieu of flowers, the family requests that donations be made to Free Urns For Vets at P.O. Box 689, Anoka, MN 55303 or Wounded Warrior Project.

To order memorial trees or send flowers to the family in memory of David Gray, please visit our flower store.