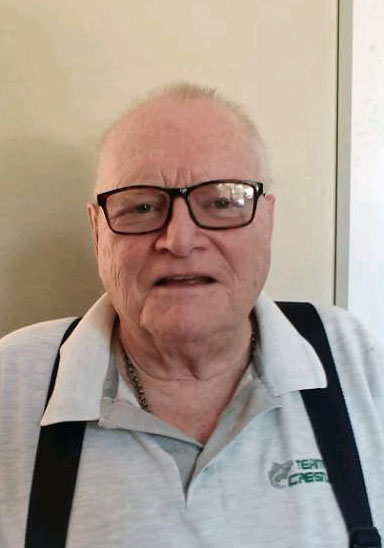 David was born on May 6, 1944, to George and Lorenda (Kroetsch) Fetsch in Wales, ND, where he was raised.  His family later moved to Langdon where he met and married the love of his life, Sylvia Chaput.  They were married on August 13, 1964, at St. Alphonsus Catholic Church in Langdon and made their home in the Langdon area where they raised their four children.

David worked for the City of Langdon at the water plant for several years until he took a job at National Tea Foods grocery store as a butcher/meat manager.  He remained at that job until that store closed and then continued as meat cutter at other locations.  David and Sylvia moved to Park River for a few years because of employment and then returned to Langdon where he worked at Alco as a custodian.  He then worked at St. Alphonsus Catholic School as custodian until he claimed his early retirement due to health issues.

David was a dedicated husband and father who demonstrated his strength, faith and beliefs through his everyday life.  He had a great love of the outdoors, camping, practical jokes, sports and, most of all, his grandchildren, great-grandchildren and pets.

To order memorial trees or send flowers to the family in memory of David Paul Fetsch, please visit our flower store.