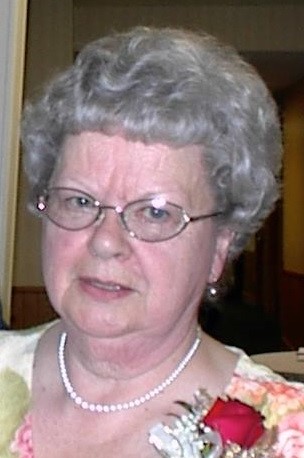 Dallas Fay Aanderud was born March 26, 1936 at Maddock, ND to Harry and Alice (Togstad) Aandreud. She grew up at Maddock and graduated from Benson County Ag School. After attending Minot State Teachers College, Dallas taught school in the Viking Community near Maddock. On May 1, 1955, she married Harold Berglund at the Viking Lutheran Church near Maddock. While Harold served overseas in the Army, she continued teaching in the area. In 1961, they moved to Cavalier, ND.

Things she enjoyed were baking donuts and lefsa and knitting. She was also a member of the United Lutheran Church in Cavalier.

Preceding her in death were her parents, and brothers: Roger and David Aanderud.

To order memorial trees or send flowers to the family in memory of Dallas F. Berglund, please visit our flower store.