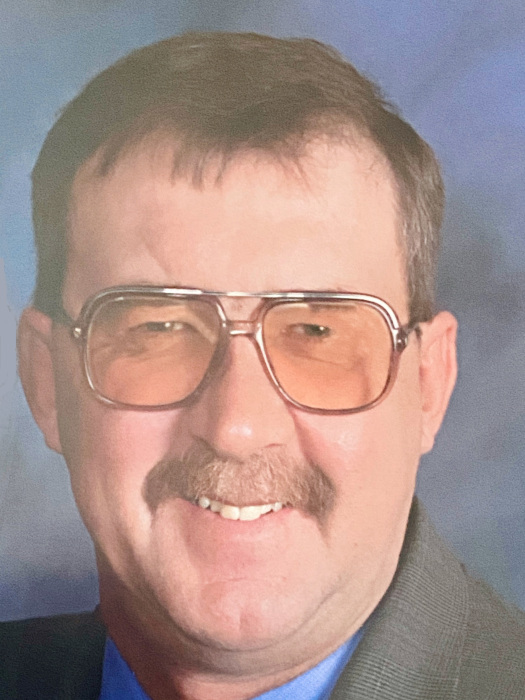 Dale Charon shared his final moments in the privacy of his home with his wife, Rita, in the early hours of Tuesday, March 9th, 2021. Funeral services will be held at 11:00 a.m. on Monday, March 15, 2021, at the Presbyterian Church in Langdon, ND. A visitation will be held from 3:00 – 5:00 p.m. on Sunday, March 14 at Brooks Funeral Home in Langdon. Masks and social distancing are required. He will be interred at the cemetery at Lawton, ND.

Dale was born on a snowy January 28, 1956, to Hugh and Lovina (Christian) Charon at Mercy Hospital in Devils Lake. He grew up in the Lawton area, worked on the family farm, and graduated from Edmore High School in the spring of 1974. Later that same year, Dale heeded his country’s call to serve by joining the United States Navy on November 29. He received an honorable discharge on November 1, 1980.

Upon his return, Dale rediscovered his farming roots by joining the Olderback and Weber custom harvest operations for a few seasons. On November 14, 1980, he married Rita Bina in the Lawton Lutheran Church, and they made a life for themselves in the town where they both grew up. He worked at the local Farmers Union and fathered two children, Trevor and Mallory, in 1982 and 1985 respectively. The family would eventually move to Langdon following a professional opportunity for Dale at the Farmers Union there, where he would eventually take over as shop foreman. He was a member of the American Legion Post 98, as well as the Eagles Club #3454.

He will continue to be loved and missed by his wife, Rita Charon; his children, Trevor (David) Charon and Mallory (Justin) Roppel; his mother, Lovina Charon; and his siblings: Lorna (Richard) Lawrence, Paula (David) Eisenzimmer, Tom (LeeAnn) Charon, and Dona (Steve Crist) Muhs. Preceding him in death were his father, Hugh Charon, and his maternal and paternal grandparents.

In lieu of flowers, the family asks that memorials be directed to an organization of your choice or Lawton Cemetery, 10217 62nd St. NE, Lawton, ND 58345.

To order memorial trees or send flowers to the family in memory of Dale Charon, please visit our flower store.