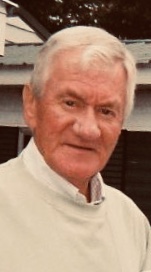 Clayton Motl, 76, formerly of Cavalier, North Dakota passed away January 4 at his home in Mesa, Arizona. Mass of the Christian burial will be held January 10 at 10:00 AM, at All Saints Catholic Church in Mesa.

Clayton was born Aug 30, 1943 in Dawson North Dakota to Cornelius and Clara Motl. He graduated in 1961 from Pembina High School in North Dakota. He went on to attend and graduate from Wahpton State School of Science. He joined North Dakota National Guard in 1967.

In July 1969 he married Yvonne Goulet of Cavalier North Dakota. They had two children Jason and Jennifer and lived in Cavalier for 44 years. They were active members of the community and of St. Brigid's Catholic Church. Clayton was in business installing floor coverings in Cavalier for 14 years. In 1984 through 2013 Clayton and Yvonne owned and operated Motl Greenhouse and Floral until retirement.  After retiring they spent their summers at Lake of the Woods, Minnesota and winters in Mesa Arizona. He enjoyed fishing and golfing and was an avid fan of Minnesota Vikings and never missed watching the Phoenix Suns.

Proceeding in death, his parents Cornelius and Clara. Brothers, Charles, Clarence, and George.

To order memorial trees or send flowers to the family in memory of Clayton Motl, please visit our flower store.