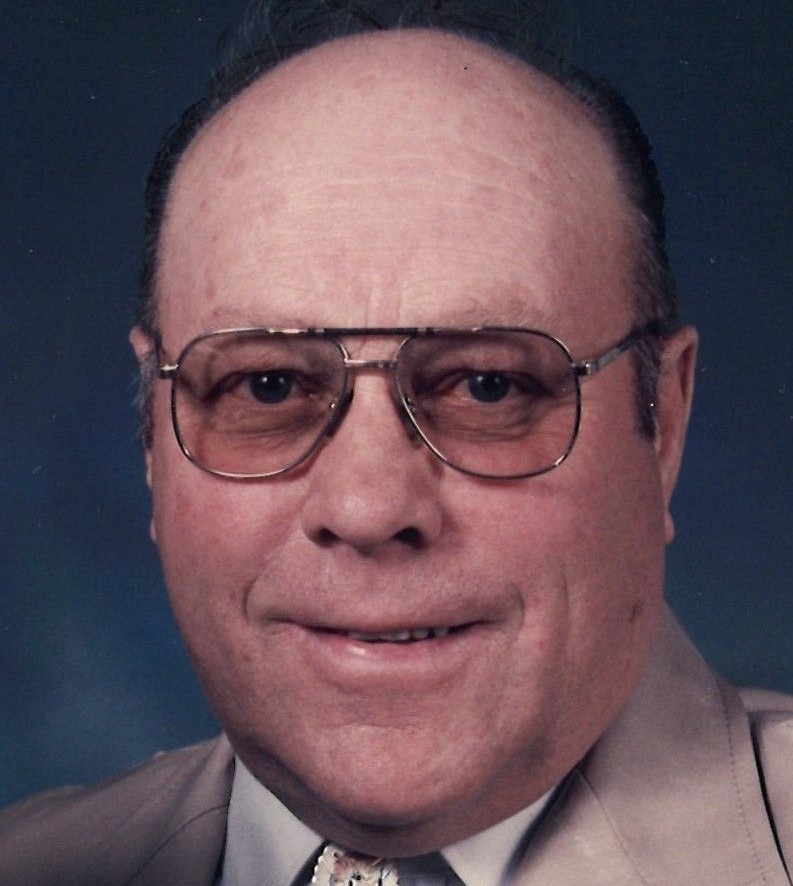 Charles A. Thacker was born to Albert E Thacker and Kathleen E Lownds on March 25, 1930, in Hamilton, North Dakota. Albert died when Charles was six years old.  He attended school in Hamilton to the third grade until his mother remarried John Carkner and he then attended the Bruce Community School rural Pembina County. He entered the army in 1946 and was stationed at Camp McCoy, he was discharged in 1948 as a med tec.

On September 28, 1949, he married Joan Gerszewski in Grafton, North Dakota.  To this union three children were born, Kathy, Charles Jr and Todd.  On March 19, 2015, Joan his wife passed away.

Charles ran Chucks Body Shop and Auto Repair until 1988 when he retired.  He was a member of Gainer-McAndrews Post 242 in Neche.  Charles was past presidents of:  Neche Legion post, Pembina County Fair, Job Development, St. Joseph’s Preservation Society,and Township Association.

He was preceded in death by his wife Joan, his parents, Albert and Kathleen two grandchildren Corey Thacker and Bradley Thacker of Colorado Springs, Colorado, son in law Patrick Bjornstad of Walhalla, Step Dad John Carkner and one brother Edward of Fergus Falls, Minnesota.

Charles A Thacker passed away Friday, July 8, 2022 at the Pembina County Memorial Hospital in Cavalier, ND. Visitation will be held Monday, July 11th from 5:00 p.m. to 7:00 p.m. at the Askew Funeral Home, Cavalier, ND. Mass of Christian Burial will be held Tuesday, July 12, 2022 at 10:30 a.m. at the St. Boniface Catholic Church in Walhalla, ND. Burial will be at the St. John’s Catholic Cemetery, Grafton, ND.

To order memorial trees or send flowers to the family in memory of Charles A. Thacker, please visit our flower store.