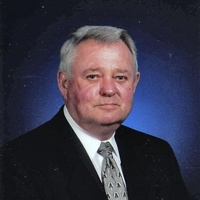 Charles William Jackson, known to friends and family as Chuck, died peacefully in Wedgewood Manor in Cavalier, ND on Friday, July 20, 2018 at the age of 77. He had been on Hospice with Altru for the past month.

He was born January 27, 1941 in Cavalier, ND to Earl and Rune (Sigurdson) Jackson. He graduated from Cavalier High School in 1959. Chuck enlisted in the U.S. Navy as a Seaman Apprentice that same year. Chuck married Phyllis (Magnusson) Jackson on December 20, 1963 in Charleston, SC. Throughout his Navy career, Chuck and Phyllis raised their two kids in Connecticut, Virginia and New Mexico. He served as a Torpedoman and retired 21 years later from the U.S. Submarine Service as a Lieutenant. They returned to Cavalier, ND in 1981 and purchased Ã¢â‚¬Å›SallyÃ¢â‚¬â„¢sÃ¢â‚¬Å¥. Upon ownership, they renamed the store Ã¢â‚¬Å›Kids On UpÃ¢â‚¬Å¥. Sadly, the building was destroyed by fire in 1985. Chuck went on to sell insurance for LawsonÃ¢â‚¬â„¢s but wanted more. He decided to pursue a new career and was attending Barber School in Fargo, ND. Coming home for the weekend in May of 1991, Chuck was involved in a motor vehicle accident just outside Cavalier and as a result suffered a traumatic brain injury. Prior to his accident, Chuck enjoyed golfing, bowling and woodworking.

Chuck is survived by his wife, Phyllis (Magnusson) Jackson, his son Todd (Aimee) Jackson and his daughter Kimberly (James) Letzring. He will be fondly remembered by his four grandchildren Jakob Letzring, Abbie Jackson, Alex Jackson, and Madison Letzring. He is preceded in death by his mother and father, his sisters Marjorie Curran and Katherine Stephenson and his brother Robert Jackson.

To order memorial trees or send flowers to the family in memory of Charles Jackson, please visit our flower store.