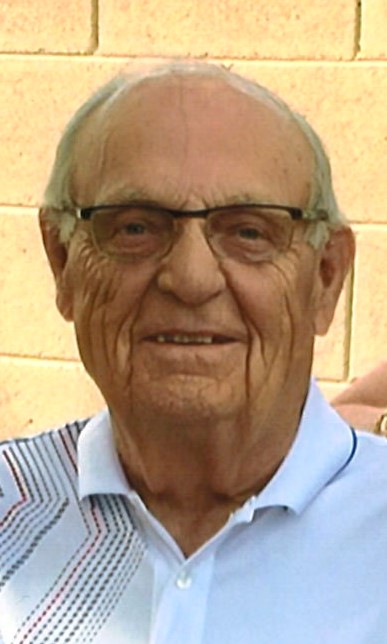 Chapin E. Gustafson was born January 16, 1940 at Grafton, ND to Clifford and Nora (Lofthus) Gustafson. He grew up in Adams, ND, where he graduated from Adams High School, then attended Mayville State College. He then returned to Adams, where he worked at the family car dealership. He moved to Cavalier where he worked at the First State Bank until his retirement. Chappy married Shirley Johnson and together they had one daughter, Sharyl “Shari” Ann. After his retirement he worked for area farmers and also at the Askew Funeral Home.

Chappy was a member of the Tongue River Masonic Lodge, Scottish Rite, the 49’ers and Kem Temple Shrine, and Order of the Eastern Star. He also enjoyed golfing and was the treasurer of the Cavalier Country Club for over 30 years. While a member of United Lutheran Church, he served on the church council and was active in other church functions. Chappy lived life to the fullest and enjoyed close connections with many people.

He is survived by his daughter, Sharyl “Shari” Gustafson, Moorhead, MN; grandchildren: Anthony Herbel and Camilla Herbel; his longtime companion, Janet Greenwood and her family, Cheryl (Reid) Hegland and Bryan (Darrilyn) Greenwood and their children, Amia and Jon. He is also survived by his siblings: Merle (Marjorie) Gustafson, Deanna Knudson, two nephews and three nieces.

Preceding him in death were his parents, one nephew, and one brother-in-law.

To order memorial trees or send flowers to the family in memory of Chapin E. Gustafson, please visit our flower store.