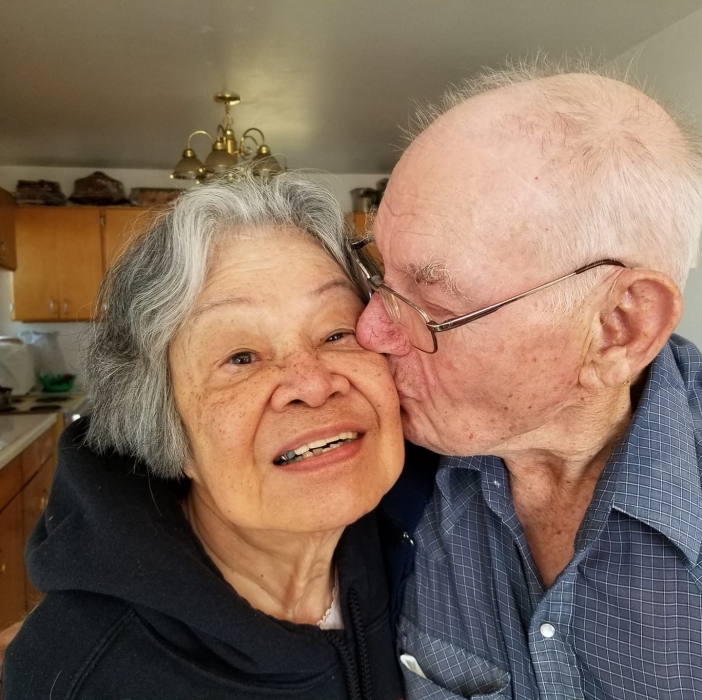 Catalina (Lina) Sorapiosa Celeste Hamann of Langdon, ND, peacefully passed away at Altru Hospital in Grand Forks, ND, on October 12, 2020. She was born on April 19, 1938, in Santa Barbara on the island of Ilo Ilo, Philippines, to Crispin and Barbara Celeste. She worked on the family’s rural farm, and at a young age she moved to Manila on the main island of Luzon. There she worked and took classes in different occupations, including beautician school, to further her education.

On March 14, 1974, she married Joseph Richard (Dick) Hamann, an American who was serving in the Philippines with the Peace Corps. Dick and Lina were married by Monsignor Reyes in a Catholic church located in Quezon City, Luzon Philippines. Many of Lina’s friends and family and Peace Corps volunteers came from a distance to attend the wedding. Lina and her two- year-old daughter, Leah, came to the United States to join Dick in May 1974. Dick officially adopted Leah on February 16, 1978.  Lina and Leah received their U.S. Citizen status in 1978.  The family was blessed with the birth of their son, John, on June 1, 1976.  John went on to serve in the U.S. Marines and held posts in several American Embassies around the world.  Sadly, John passed away in a car accident on May 24, 2002.

Lina, her husband and children lived on the Hamann family farm near Langdon. In time, Lina adjusted to farm life by driving truck to haul grain, helping with spring planting and the fall harvests, and tending to various farm animals. She took great pride in her extensive vegetable and flower gardens. She thoroughly loved being outdoors and found enjoyment in spending hours picking branches from the large tree groves and mowing the yard using the Farmall B tractor.  She worked 27 years at the Maple Manor Nursing Home as a dietary aide. She built and maintained many friendships with the residents and staff. Her straight forward conversations and sense of humor made her greatly loved by so many; her family, friends, and community. Throughout the years, Dick and Lina traveled extensively, including a family trip back to the Philippines in 1982. Dick and Lina spent a number of winters in Weslaco, Texas, where they enjoyed spending time with other North Dakota snowbirds and making new friends from across the country.

To order memorial trees or send flowers to the family in memory of Catalina Hamann, please visit our flower store.