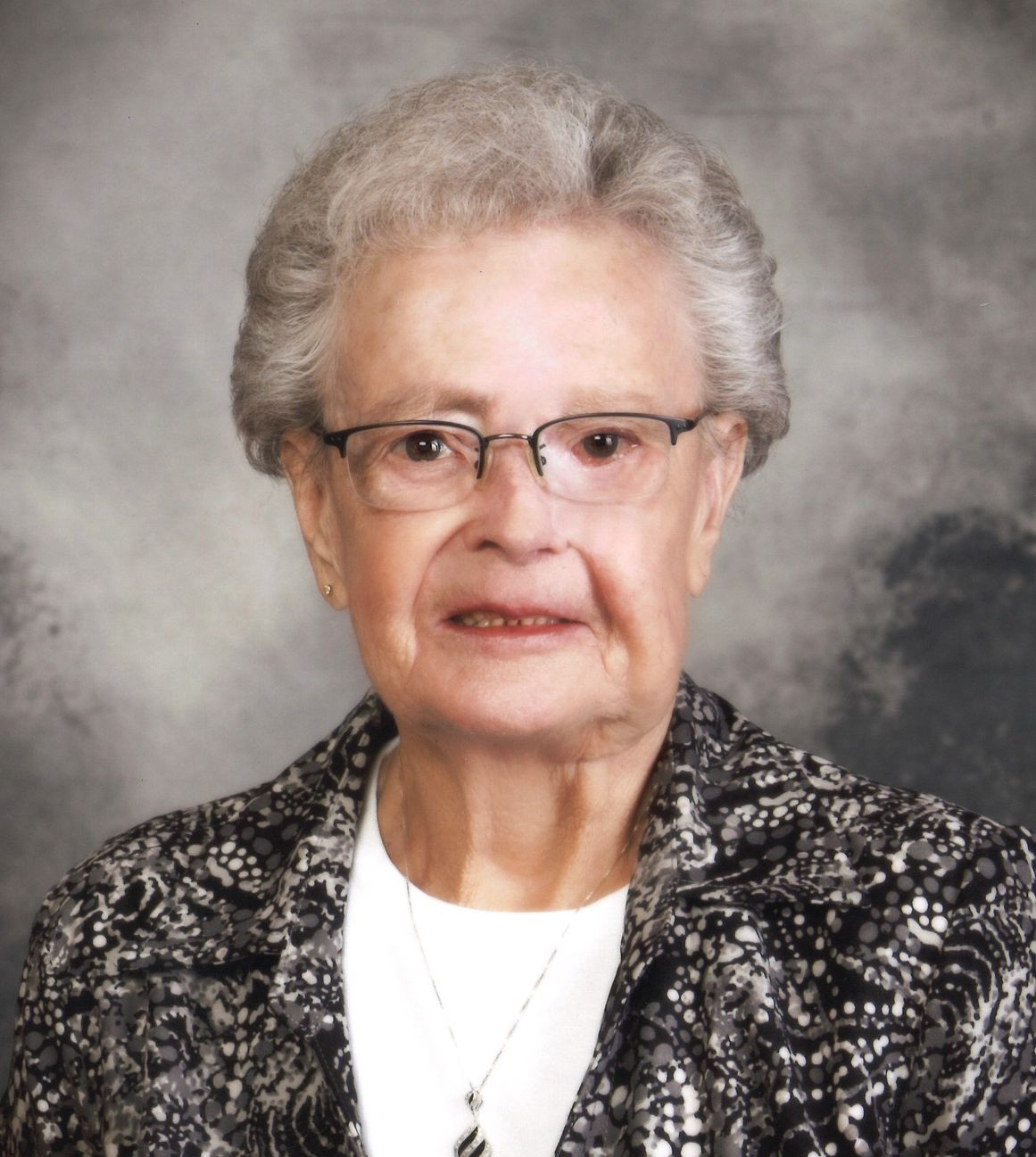 Bonnie Balsdon was born August 29, 1930 to Alvin and Margaret (Mirehouse) Balsdon on the family farm near Osnabrock, the 6th of 12 children. She attended grade school at Hay Township and graduated from Langdon High School in 1948.

On June 20, 1950 she was married to Frank McDaniel on the Balsdon family farm. They made their home in Langdon and were blessed with four daughters, Joan in 1956, Judy in 1957, Jean in 1958 and Jane in 1964.
Bonnie was employed by National Food, the Soil Conservation during the summer months, and was the bookkeeper at the Langdon Clinic until her retirement in 1995.

Bonnie and Frank enjoyed many years of curling, fishing and square dancing with the Border Belles & Beaus. She was a member of the Eastern Star and became Worthy Matron. She served as Mother Advisor for the Rainbow Girls. Bonnie was a member of the United Methodist Church and served on several committees. She also enjoyed hobby club, embroidery and making quilts for her daughters and grandchildren.

On July 1, 1994 Bonnie married Dale McDonald. They enjoyed traveling to Texas and Arizona during the winter months. They also ventured to Alaska with their 5th wheel. They enjoyed making the rounds to visit their children and grandchildren until Bonnie’s health didn’t allow it.

To order memorial trees or send flowers to the family in memory of Bonnie McDonald, please visit our flower store.