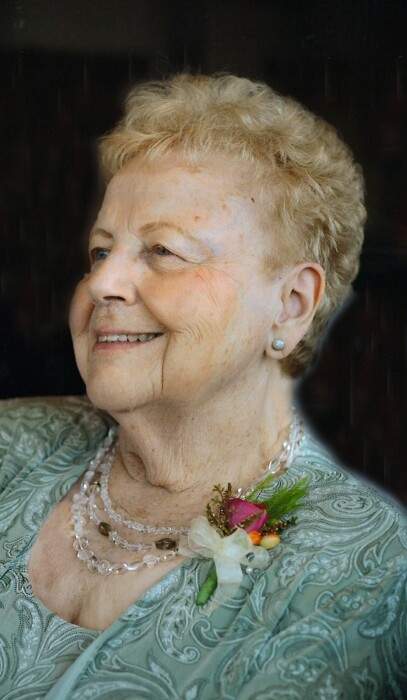 Beverly Ann Hobart Simmons Pegg was born July 14, 1938 in St. Thomas, ND the 11th child of Ernest “Jake” and Laura (Chapman) Jacobsen. When Beverly was four months old her mother passed away, her father was unable to care for the younger children and they were placed in the Children’s Home in Fargo, ND. At the age of one year, she was adopted by Donald and Betsy (Gifford) Hobart. Her adopted family moved and lived in various locations throughout her life, including Fargo, Minneapolis, Seattle, and San Diego. Beverly graduated from Herbert Hoover High School in San Diego in 1956. In 1959, she graduated from San Diego Junior College.

On July 28, 1961, Beverly married Howard R. Simmons at the First Presbyterian Church in Las Vegas, NV. She was a bookkeeper at Industrial Supplies in El Cajon, CA. Howard passed away March 14, 1985. Bev then married Herbert “Herby” Pegg at the Cavalier Baptist Church. She was involved with helping Herby with his cattle and the Rendezvous and Threshers events. They were also in many parades and car shows with Herby’s “Moon” car. Herby passed away on March 19, 2014.

To order memorial trees or send flowers to the family in memory of Beverly Pegg, please visit our flower store.