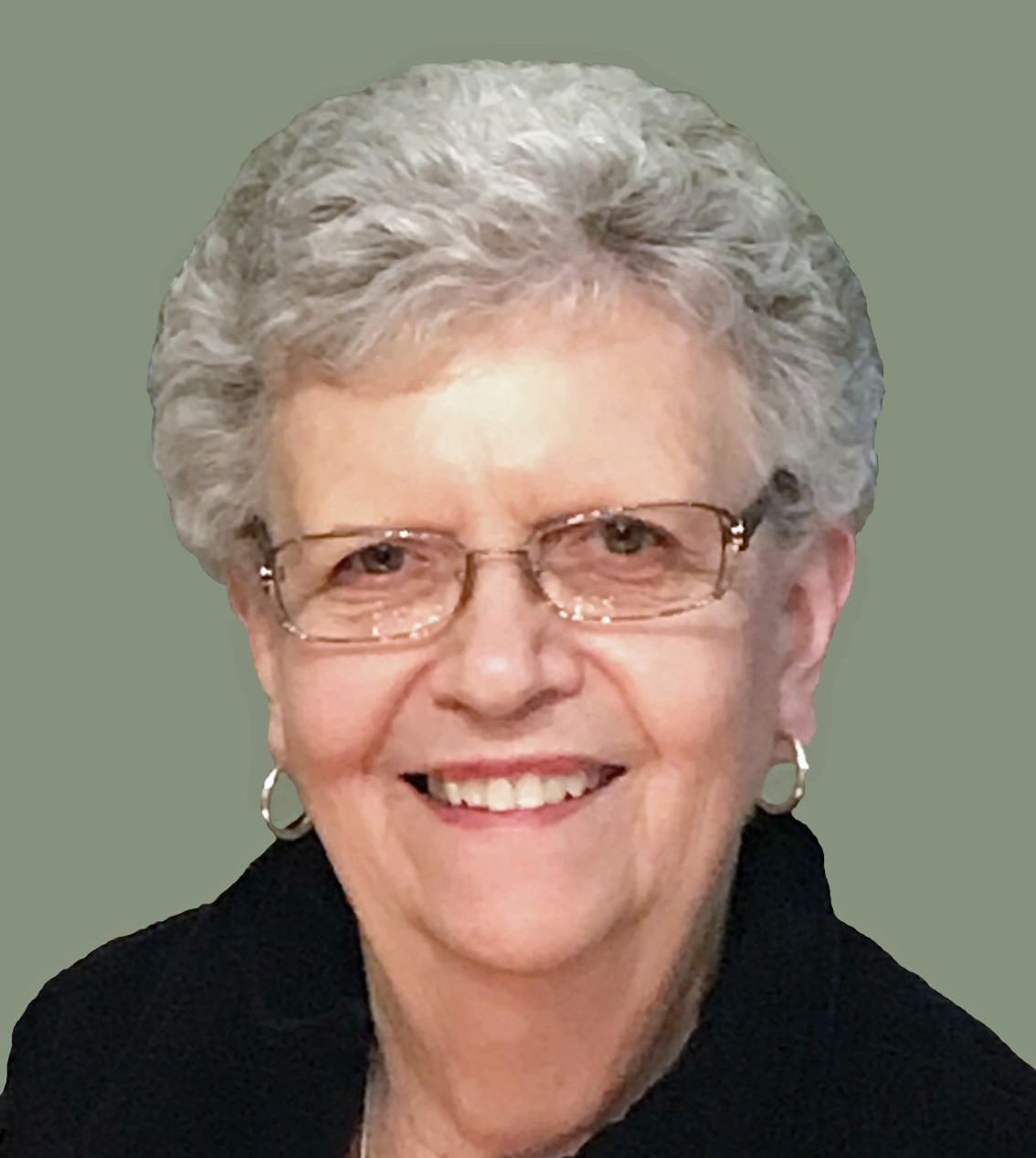 Beverly Ann Otto of Langdon, ND, passed away peacefully in the arms of Jesus, surrounded by her loving family, on September 10, 2021, at the age of 81 at Sanford Broadway Medical Center hospice house in Fargo, ND.
Beverly Chaput was born on February 17, 1940, to Wilfred and Imelda (Stevens) Chaput in Perry Township of Cavalier County. She was raised on the family farm with strong values of faith and family. She attended Perry Township School through 8th grade and graduated from St. Alphonsus High School in 1958. Beverly was united in marriage to her loving husband, Duane Otto, on July 11, 1959. They made their home in Grand Forks for four years before moving to Langdon, ND, where they raised their six children.
Bev lived an active, happy, and faith-filled life. She poured her love into her career as wife, mom, grandma, homemaker and friend who was always willing to help everyone. The amazing aroma of baked goods from her same kitchen of over 56 years greeted everyone that entered her home. Her love of baking included her specialties of raisin cinnamon bread, caramel rolls, fresh pies, and her infamous pear jam among others which were enjoyed by all. She was a great cook with no one having the chance to leave hungry. She was always happy to open her home to others. She also enjoyed gardening beautiful flower gardens and delicious vegetable gardens, bird watching, hobby club, sewing club, crocheting and other crafts, camping, playing cards, Rummikub, and spending time with friends and family.
Bev was an active member of St. Alphonsus Catholic Church serving as a Eucharistic Minister, a member of the Altar Society, and Catholic Daughters including being coordinator of their gift shop. Bev also enjoyed her frequent discipleship group time and was a director of Cavalier County Friends for Life. She was a faith-filled prayer warrior frequently attending daily Mass and weekly adoration, saying the Rosary and Divine Mercy Chaplet daily among much other devotion to prayer.
Over the years, she helped run large fundraisers for the Cavalier County Memorial Hospital Foundation. She has also touched the lives of many others, even strangers, through her donation of seven gallons of blood over the years, and she will now live on through others with her beautiful final gift of organ donation.
Surviving Beverly are her husband, Duane, of Langdon, ND; her children: Paul Otto of Grand Forks, ND, Gary (Kristen) Otto of Ft. Collins, CO, Karla (Jay) Gellner of Langdon, ND, Kevin (Kristi) Otto of Grand Forks, ND, Kathy (Phil) Postlewaite of Lakeville, MN, Karen (Jim) Patton of Albertville, MN; her 14 grandchildren; her brother, LaVern (Margaret) Chaput; sisters-in-law: Sally Otto, Lois Otto and Margaret Chaput; several nieces and nephews; and many great friends. She was preceded in death by her parents, Wilfred & Imelda Chaput, and brother Jerry Chaput. She was a wonderful wife, mom, grandma, sister, aunt and friend and will be dearly missed.
Mass of Christian Burial will be held on Saturday, September 18 at 10:30 A.M. at St. Alphonsus Catholic Church in Langdon, ND. Visitation will be from 5:00 P.M. – 7:00 P.M. with a prayer service starting at 7:00 P.M. on Friday, September 17 at the church. Burial will be at Calvary Cemetery in Langdon following the funeral mass.

To order memorial trees or send flowers to the family in memory of Beverly A. Otto, please visit our flower store.