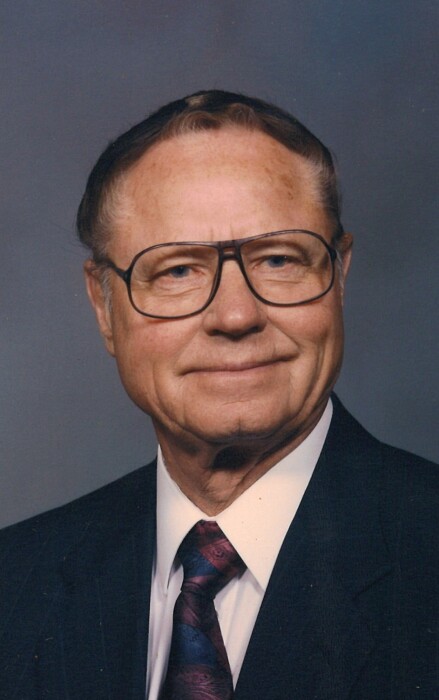 Bertrand “Bert” Warner, 97, of Pembina, ND passed away Thursday, July 16, 2020 at the Altru Hospital, Grand Forks, ND. Funeral service will be held Wednesday, July 22, 2020 at 11:00 a.m. at the United Lutheran Church, Cavalier, ND. Visitation will be held on Tuesday, July 21st from 5:00 p.m. to 7:00 p.m. with a 7:00 p.m. prayer service at the church. Social distancing will be observed, thus limiting the number in attendance. Also, masks are recommended. The service on Wednesday will be live streamed on the Askew Funeral Homes Facebook Page. In lieu of flowers memorials are preferred to the Pembina Cemetery or the Pembina Ambulance Service.

Bertrand Dean Warner was born January 3, 1923 in Pembina County to Minnie and Lewis Warner. He grew up on a farm with his family near Hamilton, ND, until 1938, when they moved to Pembina, ND. He attended school at McArthur, ND.

In 1941, he moved to Pasadena, CA and worked at Lockheed Martin. Bert was married to Donna Hartje in 1943. That same year he joined the U.S. Navy and served his country during World War II. It was during his time in California, that Bert realized his heart belonged in North Dakota. Upon his discharge from the Navy they moved back to Pembina and he pursued his passion farming. He enjoyed nothing more than driving the tractor. Bert farmed for many years with his two brothers, Alvin and Leo. In later years he farmed with this nephew, Gary Warner. Bert and Donna had three daughters. Donna passed away in 1989. Bert then married Judith Hughes in 1990. They enjoyed winter years in Mesa, AZ.

Bert did retire but no one could figure out when, since he continued to stay engaged and worked on the farm until his last couple of years.

To order memorial trees or send flowers to the family in memory of Bert Warner, please visit our flower store.