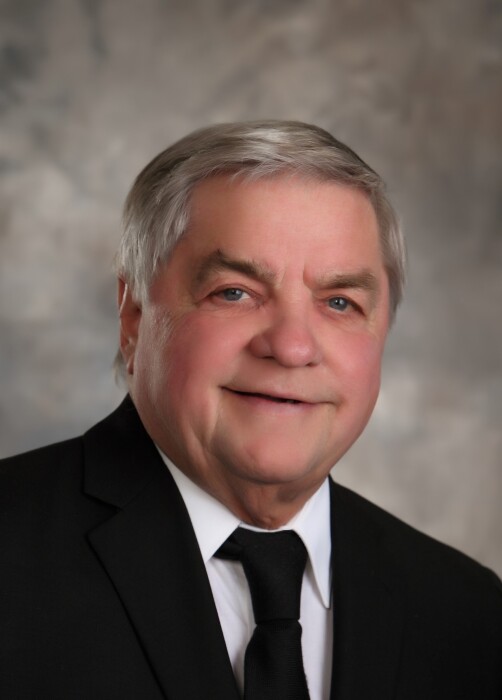 Bert D. Olson, age 79 peacefully passed away January 5, 2021 of complications from the Covid virus. He was born March 25, 1941 in Grafton, ND the youngest son of Bert and Madeleine Olson of Glasston, ND.

Bert grew up on the family farm near Glasston, ND. He attended a one room school house a half mile east of the farm through grade 5 before moving on to Glasston public for grades 6 and 7 then   completing his grade school and high school education in Cavalier. He attended Mayville State College earning a degree in business from 1959 to 1963. On June 14, 1963 he married his childhood sweetheart Marlys Dietrich in Cavalier. The same year he attended basic training in the United States Air Force at Chanute Air force base in Amarillo, TX and took further training in Champaign, IL. He then became a member of the Fargo Air Guard. That same year he acquired Olson Motor Company which he successfully ran until 1994 when it was sold to Swanson Motors.

He was very much an entrepreneur! He ran a custom combining operation, Bert Olson Trucking, housing rentals, dealt in real estate, and owned The Red Bridge Inn, a bed and breakfast in Park Rapids, MN. He was involved in many community organizations; The Cavalier Chamber, The Baptist Church, Board of Directors of United Valley Bank, CII Retail Committee, an avid sports announcer at Cavalier high school football games, the host of the Saturday morning “Coaches Corner” on KXPO radio, and who wouldn’t remember his organization of floats in the annual Christmas Parade. He could be seen racing Division Street on his 4 wheeler making sure everything was timely and in order.

There was only ONE like him!! A servant of the Lord, a loving and dedicated husband, and sincerest friend. He was an avid sports fan. The high school quarterback, and 4 year starter on the Mayville State College football team. Never full of himself, and always offering a helpful hand to others to lift them up. If you were ever in need of most anything Bert was always there with never ending support. Mr. Cavalier as he was fondly referred to was his home, his pride, his lasting legacy. The towns people were his dearest friends and family.

Bert was very much an animal lover. Enjoying his evening walks through the paths he had cut through the bush on his 80 acres of land west of Cavalier. Sitting with his adored wife Marlys on their swing watching the deer frolic in the pasture beyond. They were always accompanied by their beloved dog Ginger more person than dog. Friends might stop by for a visit. Always a story to be told. “Did I ever tell you the story of ……” and the yarn would begin likely to be followed by the next. Never a dull moment in Bert’s presence.

There was seldom a time you didn’t hear his quick footsteps of his boots across the showroom floor at Olson Motors that converted to tennis shoes and white socks below his short pants in the summers. A welcome smile to lasting friends as well as strangers who entered in. Often having to wait for his attention as he competed a phone call, yet always worth the extra time it took just to share a moment of his time. He never did take to fancy I phones, but rather his flip phone. Patient to text the complication of digits to type even one letter. His texts likely short, but always heart felt.

To write of his faithfulness as a friend, as a husband, as a supporter of Cavalier and his love of God would take pages!! We are all so thankful to call him our friend!

Bert is survived by his wife, Marlys, brother Bob, sister-in-law and brother-in-law, Darlene and Dale, his nieces and nephews Jacki, Juli, Jay, Rob, Rick and Mike. He was preceded in death by his parents Bert and Madeleine Olson and niece Jana, sister-in-law, Kay,

A public visitation will be held Sunday, January 10th from 3:00 p.m. to 5;00 p.m. at the Cavalier Baptist Church, Cavalier, ND. A private service will be held Monday, January 11, 2020 at the church. Burial will be held at the Cavalier Cemetery. In lieu of flowers, donations can be made in Bert’s name to Wedgewood Manor, Pembina County Memorial Hospital, Borg Memorial Home in Mountain, ND, and Faith in Action. The service will be webcast on the funeral home website following the service. Masks and social distancing will be required.

To order memorial trees or send flowers to the family in memory of Bert D. Olson, please visit our flower store.