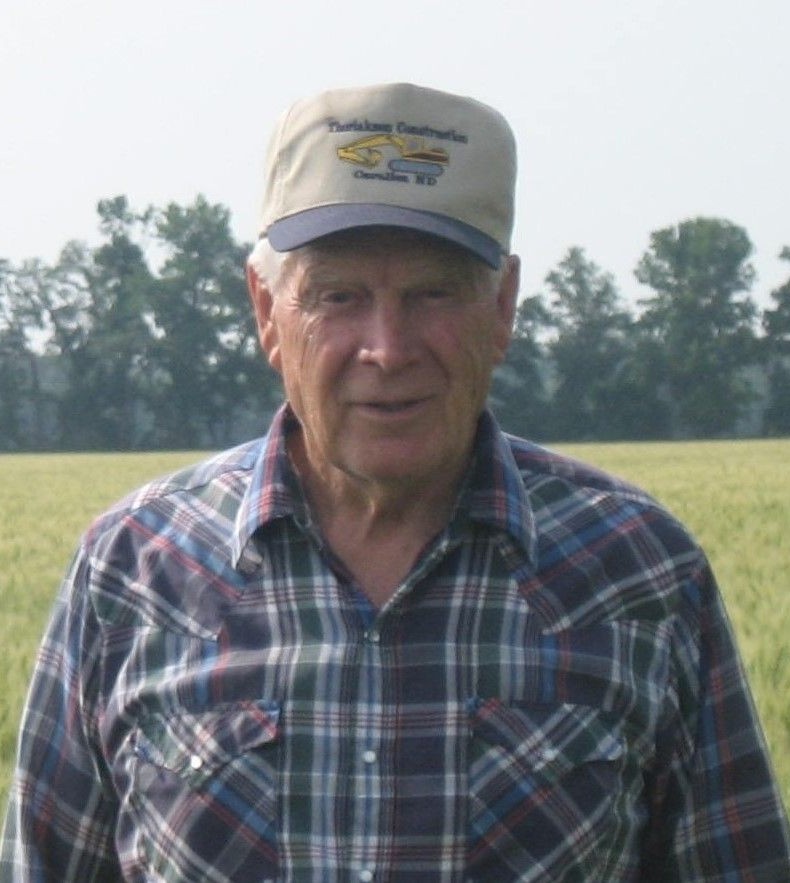 Art was born October 22, 1927, west of Neche, ND, at the home of his parents, Michael and Minna Wagner (Schmidtke).  He received his education at the Duprey country school where he completed the eighth grade.

On October 22, 1949, he was united in marriage to Virginia Hintz in Neche. For 72 years, they shared their life together on the original Wagner farm, working the land and raising livestock.   Art loved the life of a farmer, working side by side with the love of his life, raising their four children, and growing the farm as the years passed until he retired in 2004.

He was preceded in death by his wife, Virginia, his parents, his sisters, Emma, Elsie, and Erna, his daughter-in-law, Betty Ann Wagner and son-in-law, Ron Clow.

To order memorial trees or send flowers to the family in memory of Arthur Wagner, please visit our flower store.
Open