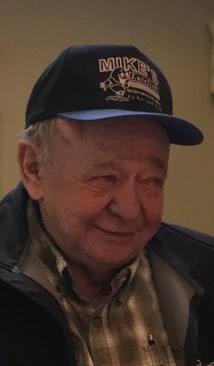 Ardell L. Bjornstad, 82, of Walhalla, ND passed away Tuesday, June 30, 2020 at the Unity Medical Center in Grafton, ND. A graveside service will be held on Monday, July 6, 2020 at 2:00 p.m. at the Hillside Cemetery, Walhalla, ND. Families prefers no flowers to be sent for the service, memorials are preferred to the Walhalla Ambulance Service or charity of donors choice.

Ardell was born on September 15, 1937, to Martin and Lydia (Amundson) Bjornstad on the farm that overlooked the Pembina Gorge, west of Walhalla, ND. He was baptized and confirmed at Big Pembina Lutheran Church. He was currently a member of Walhalla Lutheran Church. Ardell grew up at a time when hard work and simple living were commonplace. He and his six siblings at an early age learned how to do chores and make their contributions to the family farm, including his least favorite chore, cleaning the barn.

Ardell grew up hunting in the gorge, along with his brother, Donnie, and other family members. He attended a one-room country school through the 7th grade, until his family moved to Walhalla, where he continued his education until graduating from Walhalla High School. After graduation, Ardell enlisted in the National Guard, proudly serving for six years. He also attended NDSU, where he took some agricultural courses.

Along with his brothers Omar and Donnie, Ardell started Bjornstad Brothers’ Farm, and continued that farming business with three of his nephews, during which he judiciously carried out orderly and detailed tasks. During his later years, Ardell especially enjoyed two activities: hosting Christmas Eve for his extended family (a group that often numbered over 40 people, including young children) and spending time with family and friends at the “hunting shack” that overlooked the Pembina Gorge. Ardell was especially close to his sisters, each of whom he phoned without fail every evening. He was also a sports fan, with special attention given to the Vikings, the Twins, and local high school events.

Ardell is survived by his three sisters: Eileen Etterman, Laurie Anderson (Luther), and Judy Halvorson (Gerald); two sisters-in-law, Eunice Bjornstad and Julia Bjornstad; along with 19 nieces and nephews; and his life-long friends, Roger and Shirley Christianson.

To order memorial trees or send flowers to the family in memory of Ardell L. Bjornstad, please visit our flower store.