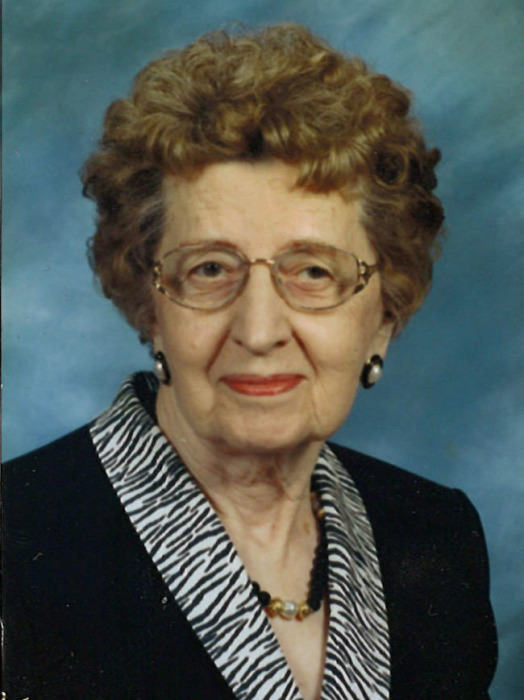 Agnes was the first-born child of Lou Jakoubek and Ann Bata Jakoubek on July 11, 1922, in Langdon, ND. She was raised on a farm just southeast of Dresden, ND and later moved to the new residence just west of Dresden, which is still the Jakoubek farm. She attended her first years of schooling in Dresden, later completing her education at St. Alphonsus High School, where she graduated Valedictorian of her class. Post high school, she attended St. Benedict's, Collegeville, MN and completed her education by getting a teaching degree from Valley City State Teacher's College. She taught at South Dresden #3. On October 27, l943, she married John Biewer at Holy Trinity Church of Dresden. She didn't move too far down the road as John was a local gentleman. Together they raised four children: John Jr., Bruce, Cynthia and Kristi. Agnes was a wife, mother, grandmother, great-grandmother, caregiver and a partner in the farm.

Agnes was a member of Holy Trinity Church and Altar Society, and later of St. Alphonsus Church. She was also a member of the Busy Matrons Homemakers Club. In 1994 she moved off the farm to a new residence in Langdon. She greatly enjoyed getting together with friends to play cards and have lunch as well as outings to the casinos. She took pride in her gardens and flowers. The last years of her life were spent at Rosewood on Broadway. Though these years were long and hard, she made the best of her circumstances.

Her road was long and hard, but her journey ends in God's arms.

To order memorial trees or send flowers to the family in memory of Agnes Josephine Biewer, please visit our flower store.